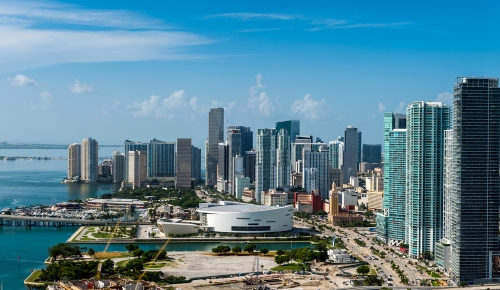 Back in 1985, when I arrived in Miami from Louisiana State University to accept a faculty position at Florida International University, I was talking with a friend, a Cuban and resident of the city, about the ethnic makeup of Miami at the time. When I touched on the topic of americanos in Miami, he said: “What americanos? There are no americanos left in Miami!” I laughed at his observation since it was obviously an oversimplification of the changing demographics of Miami-Dade. In 1985, there were certainly americanos in Miami.

After spending the past seven years in New York City, as a professor at John Jay College of the City University of New York, I have returned to Miami, on a sabbatical leave from CUNY. I will be returning to New York and to my faculty position after the leave.
Coming back to Miami after a seven-year absence has given me an appreciation of how things have changed, and not changed, in the city I once called home. I share here my observations, seasoned somewhat by the four months I have already spent in South Florida. Now is the time to jot down my reactions, before they become commonplace and lose their freshness in my mind.

My most overarching reaction is that during the first month back in Miami I was not able to empirically verify, through personal observation, that my friend’s 1985 comment continues to be an oversimplification. That is, during my first few weeks here I did not run into a “bona fide” americano in Miami-Dade. [Yes, I know, all of us from the Western Hemisphere are Americans, but you all know what I mean when I say an americano, in Spanish and in italics].

It’s not like we are living in Hialeah or in Little Havana. Liza and I have rented an apartment in the Gables, which in my early years in Miami was a bastion of americanos. And in our initial weeks we trolled throughout most of the county, shopping for what we need to set up living quarters, eating out constantly (especially until the movers came with our pots and pans), visiting CVS, COSTCO, and IKEA more times than I would have liked, contacting utilities and maintenance people, the sales agents at the gym, dealing with realtors and a property management company, etc., and not an americano in sight. Even the staff of a Japanese restaurant I frequent is all Latino, except for the head sushi chef, who is, of course, not americano, but Japanese.

The presence of the more recent wave of arrivals from Cuba is especially evident. The cable guy has a degree in ciencias informáticas from a Cuban polytechnic. The customer representative at the cable company was born in the 10 de octubre neighborhood in Havana. The handyman the management company sent to fix the garbage disposal is from Morón, where he was a bongocero. I have also been surprised that Spanish is the language in which strangers greet me, even though now, with my grey hair, I could credibly “pass” as an americano.

Of course, in time some americanos have surfaced here and there. But my initial reaction is that the trends that I and other sociologists have been talking about for a long time, the “Latinization” of Miami, the institutional completeness of the Cuban community, and Spanish as the lingua franca, are all evidently proceeding apace and show no signs of abating, fueled by the largest ever sustained migration wave from Cuba.

I must be bringing with me a New York mindset with respect to the provision of public services. After any heavy overnight snowstorm, I could peer out of the window of my Manhattan apartment at 6:00 a.m. and see the street plowed clear of snow, as were virtually all streets in the city. And if they weren’t plowed (as happened in the infamous December 2010 storm), the mayor had hell to pay. Here’s another example:

the deterioration over the past two years in the reliability of subway service. Once the outcry went up, the Governor went down from Albany and showed his face, appointed a new director of the MTA, investments were made in the infrastructure, and scheduled maintenance work stepped up noticeably. I have every expectation than when I return to New York service will have noticeably improved. New Yorkers demand good service. They may not always get it, but there is an expected level of performance that pushes the institutions that serve the public to do better, to remedy the situation, to set a higher bar. Maybe that’s because New Yorkers pay for it, in the form of both state and city income taxes, as well as in higher prices for just about everything else. It’s a New York mantra: you pay more, but you expect more. That applies to everything from municipal services, restaurants, cultural events, and even to seats at Yankee Stadium. Admittedly, the downside of that is that the city is pricing out all but its more affluent residents, as the gentrification of working class and ethnic neighborhoods continues apace.

When I arrived in Miami I saw piles of debris lining the streets from a hurricane that came through nearly a month before, with no sign that anyone was coming around to pick them up. And as far as I could tell, there was a deafening silence in the media (from mainstream to social) about it, as if that is the expected level of performance from those responsible for providing public services. I also hear horror stories from relatives about waiting more than an hour or two in a doctor’s office. At a department store where I went to return an item, I took a number at the customer service desk only to find that there was just one taciturn clerk on duty and sixteen people ahead of me, all of them with a look of resignation on their faces. New Yorkers don’t put up with that and those providing services, from doctors to retail outlets, know it. The transformation of the Marlins into a AAA team by a management interested in only the bottom line is the most evident example of the lack of respect for consumers that seems to pervade down here. 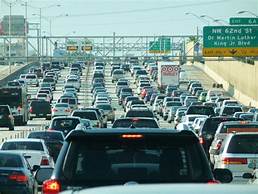 I’ll admit don’t drive much in New York, so I can’t really have much of a basis for comparison, but I have been surprised by the uptick in both the density and unpredictability of the traffic and the brazen disregard for traffic norms so many drivers exhibit here. And I don’t have an option as I do in New York: here I have to drive.

Some of the stuff I hear on some Spanish-language radio programs and, especially, what I have seen on the evening variety  programs on America TeVé is beyond embarrassing, not only in terms of quality, but also in terms of sexism, racism, and homophobia. 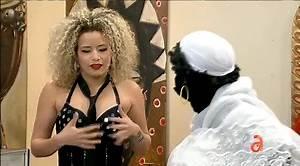 A skit on “El Happy Hour” on América TeVé

Let me balance the criticism with a list of things that I love about Miami and that I have joyfully rediscovered upon my return:

• First and foremost: spending more time with my younger son and other family members, and reconnecting with so many dear friends.

• Cuisines that abound in Miami and that are poorly represented in New York: Argentinian, Spanish, and Nicaraguan. New York has some restaurants that represent these national cuisines, but nothing like the number of establishments and variety (in terms of price range) that exist in Miami. Places like El Gallego, Graziano’s, and El Novillo have the authentic feel of the home country, including a lack of both pretentiousness and pricy menus. Of course, Cuban eating establishments are in a class by themselves here in terms of number and range of prices, with the most unique ones at the lower end. I have found nothing in New York – or anywhere, not even Cuba — that comes close to El Palacio de los Jugos or El Mago de las Fritas. 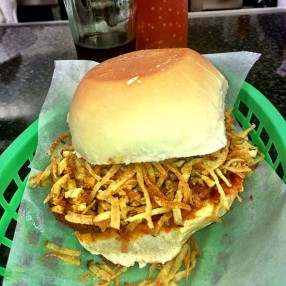 • No schlepping. It is the one advantage of an automobile-based city. You drive a car, you buy stuff like groceries or clothes, you put the stuff in the trunk, and you take it out when you get home. No carrying of heavy loads over long distances, no bags in movie theaters or restaurants.

A New Yorker cartoon on “schlepping”

• Bookstores such as Books & Books and Barnes & Noble with large Spanish-language sections.

• The greater ease of travel to Cuba is a big plus. A 45-minute flight. I could not get used to spending nearly four hours on a plane to get to Cuba, which is what it takes to get from JFK to Havana. I have always thought of Cuba as being close, if only in distance.

• And there is the comfort that one derives from the most laudable of Cuban national traits, so evident in the public spaces of Miami (as in Cuba): the value placed on interacting, especially with strangers, in a warm, familiar, and even humorous, manner. Cubans typically strive to instantly eliminate interpersonal distance, to be considered buena gente. No one wants to be a gruffy arrogant pesado. The quintessential example is the waitress or female clerk who in an instant refers to a complete male stranger as mi vida or mi amor with not even a hint of irony or sarcasm, as if it were heartfelt.

Do I miss New York already? Yes, and here’s that list:

• I miss my Brooklyn guys: my oldest son, his wife, and my granddaughter.

• The subway, believe it or not, even with delays. It’s the most liberating feeling not to be tied to an automobile (except, of course, when you have to schlepp stuff). With a monthly pass and your own two feet you can go anywhere in that fabulous city. To me, the subway is New York City.

• My college, department, and students. A sabbatical is always welcomed, but with only a handful of exceptions during other sabbatical leaves in my career, when the Fall semester comes around I have always been in front of a classroom, going back to that 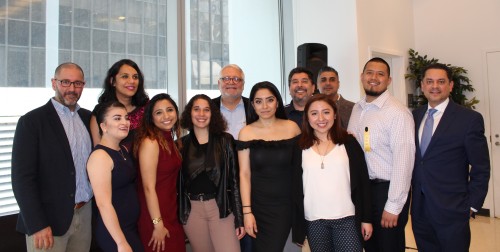 September forty-six years ago when I taught my first class as a graduate teaching assistant at the University of Florida. It’s hard to break a habit, especially one that is enjoyable and rewarding.

• The chill in the air, the fall colors, and the magnificent landscapes of the Hudson Valley. Of course, I was glad not to be there when the chill turned into a deep freeze.

• Something that may seem trivial, but it’s kind of basic: I miss cooking with gas. Unlike New York, home gas seems to be the exception in Miami.

So that’s an initial pass on my thoughts upon returning to Miami. I expect to post more about the dynamics of Miami as viewed from what (I realize) has become (with apologies) my New York eye. I’ll mix those in with postings from my research about the history of the Cuban presence in New York. Hope you will find them interesting.